How to effectively communicate about climate change

Communicating climate change is getting increasingly complicated. Here's how the way we talk about climate change affects the way people think about it.

Despite the fact that 97% of climate science papers agree global warming is man-made, they do not have 100% confidence in their climate change projections—and they never will. As such, climate change has been a challenge for the scientific community, the media and organisations that are fighting climate change.

Climate deniers are newly emboldened by the current US administration who is legitimising their message, and amplifying their voices, increasing the e gap between science and public understanding.

As well as regressive and dangerous policy decisions, this threatens our environmental progress because the way we talk about climate change affects the way people think about it. The stories we share about climate change dictates whether we act or don’t. That’s why it’s important to know that the tone of the message has a great deal of impact on how effective it is.

According to the Center for Research on Environmental Decisions (CRED), there are 5 key aspects for climate science information to be fully absorbed by audiences:

Let’s take a look at each of these in turn.

In a paper called “Hopelessness Theory and the Approach System: Cognitive Vulnerability Predicts Decreases in Goal-Directed Behaviour”, scientists found that feeling hopeless about a situation is cognitively associated with inaction and predicts decreased goal-directed behaviour.

“When individuals encounter a stressful life situation, they tend to generate negative inferences about their future and self-worth. These inferences lead to hopelessness about achieving current and future life goals.”

That means when we present humanity as a hopeless victim of climate change, we are less likely to act because the ending seems inevitable.

“Climate change adaptation only works when we are hopeful for the future and believe that environmentally vulnerable communities have the agency to act. Instead of presenting stories of helpless victims and an inevitable future of defeat, we should instead report on the climate change heroes who are doing everything they can to avoid that doomsday scenario.”

When people see strength in stories of climate action, we overcome our limits and don’t descend into hopelessness.

Rose Hendricks, a Ph.D. Candidate in Cognitive Science at the University of California highlights a recent piece of research that suggests the narrative we use to describe global warming can influence people’s beliefs and actions.

The researchers asked 3,000 US participants to read a short fictional news article about climate change. The narratives were exactly the same, but they used different metaphors: One referred to the “war against” and another to the “race against” climate change.

After reading one of these narratives, participants answered questions about their global warming beliefs, like how serious global warming is and whether they would be willing to engage in more pro-environmental behaviours.

When we encounter war metaphors, we are reminded of other war-related concepts like opposition and struggle. These concepts affect our emotions and remind us of the negative feelings and consequences of defeat, so encourage us to find strength and positivity to fight against climate change.

Telling and sharing stories is one the most important tools we have to show climate change is happening and we can do something about it.

Stories are how we make sense of the world we live in and help us to share facts, knowledge and experiences about the causes and effects of climate change.

Here are a few examples of climate change storytelling.

This stop-motion animated film about farming was commissioned by Chipotle Mexican Grill. It shows the life of a farmer as he slowly turns his family farm into an industrial animal factory, before seeing the errors of his ways and opting for a more sustainable future.  Willie Nelson recorded a cover version of Coldplay’s song, ‘The Scientist’, especially for the film’s soundtrack, which definitely adds to it’s emotiveness.

Climate Change charity 10:10 have a whole project, Unstoppable, which gives a signal boost to stories of people taking action on climate change – including an online gallery and films. Collectively, this visual imagery counters the idea that the future of climate change has to be terrible.

It’s hard to communicate the vision of a whole new world in one video, but for illustrating a positive future, the whiteboard animation or sketch note format is a great way of communicating a climate change narrative.

Here are a few examples of videos in that style:

Despite evidence from the social sciences that the part of the brain that processes experiences has a greater part to play in motivating us to take action, most climate change communication remains geared toward the analytical processing system.

Analytic content (such as trend analyses, forecast probabilities, and ranges of uncertainty) can still help us people absorb facts and can be valuable tools, but traditional statistical presentations of climate change data rarely instil the sense that it is an immediate challenge and many audiences leave without the matching motivation to do anything about it.

This might be because the language of terms used are too complicated to understand or are not known to the audience, or that stats and graphs rarely instill the sense that climate change is an immediate challenge as well as a future one.

CRED’s research shows that communicators should, whenever possible, avoid using jargon, complicated scientific terms, and acronyms. Instead, use words that will make sense to the audience:

“Sometimes only a scientific term is sufficient for getting a point across. In that case, it is important to thoroughly define the term for the audience. Communicators should remember, however, that stringing together too many scientific terms and acronyms may cause the audience to spend their time and mental energy deciphering vocabulary instead of absorbing the overall point.”

Here are a few examples of how climate change terms could be better communicated:

Facts and statistics alone will not compel people to take effective steps to address the climate change challenge. The most effective communication targets both processing systems of the human brain.

Yale law professor Dan Kahan, a researcher in the science of science communication, shows that just because someone has scientific knowledge, he or she won’t necessarily hold science-supported beliefs about controversial topics like global warming.

“Never have human societies known so much about mitigating the dangers they faced but agreed so little about what they collectively know.”

Kahan argues that beliefs are shaped by the social groups people consider themselves to be a part of and scientific evidence does sometimes contradict some groups’ values.

Positions on climate change have come to signify the kind of person one is. People whose beliefs are at odds with the rest of their cultural and social group risk being labelled as weird and obnoxious in the eyes of those on whom they depend on for all types of support.

For example, some religious people trust a strict reading of the Bible: God said there would be four seasons, and hot and cold, so they don’t worry about the patterns in climate that alarm scientists.

To combat this, Kahan encourages is disentangling facts from people’s identities:

“People acquire their scientific knowledge by consulting others who share their values and whom they therefore trust and understand. The trouble starts when this communication environment fills up with toxic partisan meanings — ones that effectively announce that ‘if you are one of us, believe this; otherwise, we’ll know you are one of them’.”

To make your climate change messages effective, individuals need to feel that the perceptions of the risk of climate change positively match with those of their social group.

There is no “one-size-fits-all” approach to the challenges of communicating about climate change. Each of the many challenges presents a new opportunity to improve the way we present climate change information and the actions required to fight it.

The key is to communicate climate change in a way that resonates with your audience specifically. Find out what they need to make a personal connection with climate change and motivate them to take action. , And remember to not overwhelm them with the scale of the problem.

With an issue as complex as climate change, people need to know there are solutions to dealing with it, and that they can be part of those solutions.

What are your favourite examples of organisations communicating about climate change? Leave your thoughts in the comments below. 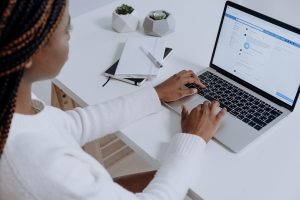 Fundraising using Facebook Ads used to be all about interest targeting. But Facebook thinks their algorithm is better at finding donors than you. Here’s why.

Custora have published a new research report about Mobile Shopping in the US, finding that Social Media advertising isn’t working for mobile shopping – but 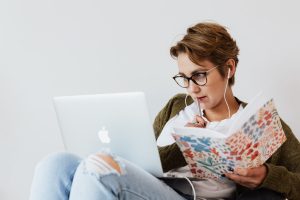 The list for 2020 covers everything from Facebook Ads for charities, social media stats and communicating about climate change.

Facebook Reactions are coming! Facebook have said that they are testing a new feature called Reactions in Spain and Ireland, which gives fans the ability

This year’s Digital News Report, conducted by the Reuters Institute for the Study of Journalism and University of Oxford, has been published and the findings are significant for any UK brand with a presence on social media.