Here’s the introduction to the podcast from Chris:

“Hello! Have you got time for a quick question?” The cheery young lady with the clipboard and branded t-shirt jumps in front of you.

This experience with the ‘chugger’ (portmanteau of ‘charity mugger’) can be divisive, but if it were not effective charities wouldn’t deploy them. In-person fundraising has always been critical to charities, but increasingly the web – and in particular mobile – present opportunities and challenges for third sector organisations.

In this podcast I caught up with Ben Matthews of PR, social media and content consultancy Empower to learn more about how charities are using digital channels to raise awareness and funds.

And here’s the podcast itself:

CL: Today we’re talking about charities and the challenges they face on social media and in PR in general, and their whole image and perception. What are those main challenges?

BM: I think charities have unique challenges, for example because they mainly thrive on donations from the public they have to be much more accountable for every penny they get really. There’s a lot of pressure on them these days to make sure that every penny in the pound goes towards the frontline work that there actually delivering on. That puts charities in a difficult position on social media and inPR.  There’s a lot more pressure on charities these days and that puts charities in much more difficult position.

BM: One of the big recent challenges they had was their chief executives are getting paid up to £100,000 a year and justifying that in the face of cuts elsewhere, increasing demands for their service, and generally cutting down on their admin in costs. A lot of charities came out fighting, which I find really interesting. They didn’t holdback and say, “Yeah, we’re going to cut down on our administration costs”. They said “Well, we pay our chief execs a lot because they do a great job and they help us deliver our services even better then we could. If you look at where those chief execs could be earning elsewhere, in somewhere like finance or in the private sector, they cold be earning a hell of a lot more, so actually it’s well worth paying them.”

CL: There’s the whole issue of chugging and there’s also one of my absolute bugbears, which is giving a certain amount of money and my address away, and then them sending and must be spending way more on marketing over the coming years, without taking me off their database, than I gave them in the first place.

BM: Yeah I hope it doesn’t bounce, it’s funny. The other side is that’s it’s annoying and people get pissed off by it.I’m sure there are social media teams in charities who have to deal with constant complaints from people saying” Oh, another chugger stopping me in the street” or “someone sending me letters through the post when I didn’t ask to”. I think charities are getting more and more aware of these issues and I think it’s just part of what they do though and they have to manage that..

BM: Online donations don’t come easy. People find it hard to part with their cash. The younger generations don’t donate as much and them the olde generations generally do giving by direct debit giving or via post. Online fundraising is much harder than people assume it to be. You have to look at charities like Cancer Research, who do have massive amounts of resources so maybe it’s not a level playing field b ut what they do with those resources is amazing. And it’s not just fundraising, It’s awareness, it’s advocacy, it’s research. So I’m really impressed those guys.

CL: Anything in particular?

BM: They did a research programme a few years ago where it was basically an online game, called Genes in Space. And you played the game, and it helped identify cells in actual scientific research. So you might just be playing this science fiction game, but actually you were helping real research. Every minute you spent playing was worth the equivalent of a couple of hundred pounds in donations or research costs. Add that up together and you’ve got a really big impact that a charity would normally have to pay a lot to do.

CL: So, looking ahead, what do you think charities are doing or should be doing a lot more of that they’re not doing always or doing better?

BM:There’s two things. There’s mobile, a lot of charities are still behind in terms of using mobile or at least being default for mobile first. There are so many people using it these days, something like 90% of Facebook traffic and 80% of general web traffic. If charities aren’t using mobile effectively then they’re not really competing.

BM: One interesting case study I saw recently was about melanoma in Australia. So lots of Australians are out on the beach,not wearing sun cream and so at risk of getting cancer. This campaign was great. It used a bot to track Instagram hashtags and location checkins. So if someone checked in from a beach, or used #sunny or #beach  or used #sunbathing as a hashtag, then the bot followed them from this melanoma profile. It was called Melanoma Likes Me, and it used to leave comments and likes and says “melanoma loves you”, which was a bit of a wake up warning to put on suncream. A really interesting approach using bots, using mobile and using Instagram and I think that was a brilliant modern case study

CL: So you’re basically getting trolled by a bot and just reminding you that you should “slip, slap, slop” as they say in Australia.

BM: Yeah, I’m sure if we took and Instagram and hash tagged it with #sunny and #baking, I’m sure I’d get it right now. In fact, I need to put some suncream on.

CL: Brilliant, thank you very much Ben. Where can people find out about you and Empower?

CL: Thank you very much, Ben,

Thanks to Chris inviting us to record the podcast. You can find out more about Chris’ work over at Silvester and Finch or follow them on Twitter @SilFinch.

Want to see how content marketing can work for your charity? Get in touch with Empower for a content conversation. 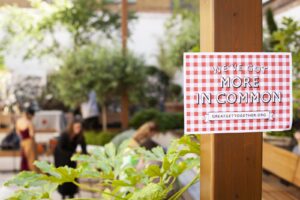 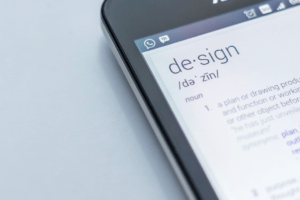 Empower are seeking to increase our network of Freelance Designers to support our established team, working with amazing clients that are changing the world for 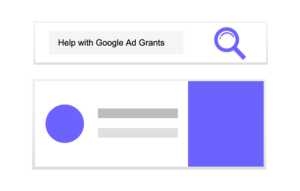 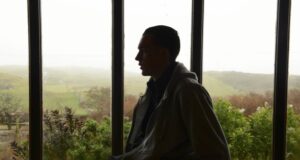 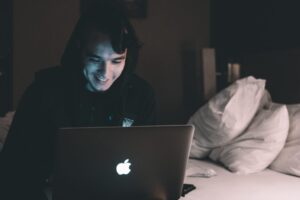