Here at empower, something we’ve noticed in our work is that lots of small charities and non-profit organisations often struggle with digital marketing strategy. This interview is the first of a series with some people that we think are leading the way in terms of digital strategy and what they think is on the horizon.

This interview is the first of a series with some people that we think are leading the way in terms of digital strategy (apart from the empower team, of course) and what they think is on the horizon.

This interview series starts by looking arts and cultural sectors, beginning with Chris Unitt of One Further, who also curates a rather excellent weekly newsletter called Cultural Digital, which we’re big fans of here at Empower.

We caught up with Chris and asked his views on the future of digital in the arts.

First off, who are you and what do you do?

My name’s Chris Unitt and I run an agency called One Further. We help our clients to use digital analytics and user feedback to make better decisions about their digital marketing, website development, content production, and anything else they might be trying to do online.

Lots of our clients are cultural organisations – museums, theatres, galleries, opera companies, and so on. It’s a sector we know and love very much.

What are the parts of digital meeting arts and culture that you are most interested in?

From a professional standpoint, I’m interested in the operational side of things, and how digital technology can help organisations do more of what they do.

Away from work, I like seeing what artists do when they get their hands on emerging types of technology. Especially when they create works and experiences that blur the lines between traditional artforms, or come up with something entirely new.

Why do you think this particular sector crossover is so interesting?

Cultural organisations also offer a really intriguing challenge. They’re always juggling so many different activities and priorities, and they have to get results with budgets that would be laughed at in more commercial sectors. Those constraints force you to be creative and to focus on what’s really important.

There’s also the possibility that digital technology can help those organisations to achieve their mission in a way and at a scale that would have been unimaginable just a few years ago.

Can you think of some arts organisations that are doing digital particularly well?

I think different organisations tend to excel in different areas. The V&A are setting a great example of how to overhaul a gargantuan online presence one step at a time, and I really like The Royal Academy of Arts’ approach to their online content.

The Royal Opera House is a rare example of an arts organisation with a solid online video strategy, and Watershed in Bristol are doing a great job of developing digital talent.

The Royal Shakespeare Company are bringing technology into their performances in interesting ways, and it’s been fascinating to see how they’ve moved from doing small-scale experiments with creative technologists, up to huge partnerships with tech giants.

I feel bad for not mentioning some smaller organisations now…

What are some common mistakes that arts and cultural organisations often make with digital?

Without a doubt, it’s underinvestment, both in terms of people and infrastructure.

Salaries for digital roles in the cultural sector tend to be way behind market rates, and there’s often not much of a career path on offer either. I know plenty of really good people who’ve had to leave the sector to move onwards and upwards in their careers. On the other side of that coin, I’ve seen organisations struggle to attract decent talent.

Underinvestment in infrastructure is most obviously visible in the tiny amounts spent on website builds and maintenance. There are plenty of organisations that receive most of their revenue through online ticket sales, but spend as little as possible on their websites. It’s a false economy.

As part of your newsletter Cultural Digital, you often report on one-off projects and new strategies for digital in the arts. But what do you think will be the next ubiquitous digital trend across the sector?

It’s not very flashy, but I think organisations are getting steadily smarter with their CRM practices. Partly off the back of that, I’m expecting the sector to catch on to website personalisation at some point.

Also, daft as it may sound in 2017, we’re finally starting to see a shift to a predominantly mobile mindset. I think that’s been held back by things like out-dated, desktop-first ticketing systems, glacially slow website refresh cycles, and (perhaps) a reluctance for some demographics to pay via mobiles. We seem to be hitting a tipping point though.

Finally, if someone is reading this and thinks ‘this sounds great’, where can they sign up for more?

I send out a mostly weekly newsletter called Cultural Digital where I round up the latest arts/digital things I’ve come across. If anyone wants to find out more about the work I do then they should head over to the One Further website.

If you’ve been inspired by what Chris has said or want to challenge him by writing a response don’t hesitate to get in touch with us or tweet us @montfortio, we’d love to hear what you think!

Be sure to keep up with our other interviews and content by subscribing to the empower blog. If you’re interested in how empower can help you with the digital marketing strategy, social media or content marketing, please get in touch. 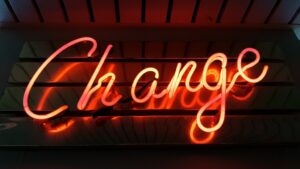 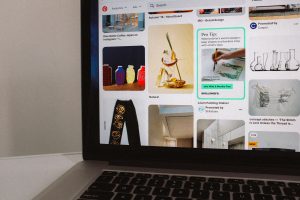 Twitter video is limited to 30 seconds long, but there is a way you can upload much longer videos to Twitter, and it’s completely free to do so. Here’s how. 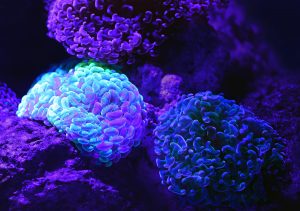 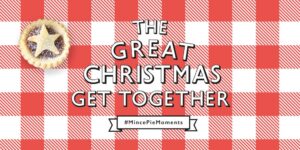 How Empower helped The Great Christmas Get Together reach millions