COP is the formal meeting of the United Nations Framework Convention on Climate Change. Part of Empower's Glossary of Good series.

As part of empower’s Glossary of Good series, Bethany Crowe finds out what happens at COP, the formal meeting of the United Nations Framework Convention on Climate Change.

‘COP’ is the formal meeting of the United Nations Framework Convention on Climate Change (UNFCCC). Parties.

COP stands for the ‘Conference of the Parties’ – the governing body of an international convention. COP refers to all the parties involved – including world leaders and heads of state – as well as to the decision-making process of reviewing and putting the rules of the convention into effect.

The United Nations Climate Change Conferences are yearly conferences held in the framework of the UNFCCC or COP to assess progress in dealing with climate change.

How often does COP take place?

There is a COP meeting every year, unless the Parties decide otherwise.

The first COP meeting was held in Berlin, Germany in March, 1995. Significant meetings since then have included COP3 where the Kyoto Protocol was adopted, COP11 where the Montreal Action Plan was produced, COP15 in Copenhagen and COP17 in Durban where the Green Climate Fund was created.

This year COP23 (the 23rd meeting) meets in Bonn, the seat of the secretariat, where COP takes place unless a Party offers to host the session. The Presidency of COP23 in 2017 is with Fiji, who will lead this year’s negotiations.

Why does COP matter?

COP21 in Paris in 2015 secured the crucial Paris Agreement, which was an unprecedented unification of the world’s nations agreeing to limit the amount of carbon emissions and combat climate change.  In November 2016, the Paris Agreement entered into force – with signatory countries committed to low carbon strategies, this marked the beginning of the process of reducing global emissions.

This means changing how we do business – everything from agriculture, to manufacturing and the way we consume will need to change – in order to make progress and ensure the world’s emissions remains under the two degree limit.

What is expected to happen at COP23?

The vision for COP23 is to maintain the momentum for the implementation of the Paris Agreement.

At COP22 in 2016, the Paris Agreement was signed by the vast majority of countries in attendance and marked a turning point in the battle against climate change. World leaders from across the globe united for the first time in history to legally ratify action against pollution through the United Nations Framework Convention.

Countries that agreed to the Paris Agreement aimed to hold the increase in global average temperature to below 2°C above pre-industrial levels, ideally limiting the increase to 1.5°C.

How do organisations communicate COP and the climate change negotiations?

We are proud to work for a range of clients who will be attending COP23, including We Mean Business, UNHCR, CDP, PRI and FIA Foundation, who all approach the climate negotiations with crucial expertise and advocacy messages.

Want to find out more about COP? Read the articles and resources below.

Charity Domain Names: Which TLDs should you focus on?

With new charity domain names, from .ngo to .charity, it’s more difficult than ever to understand what you as a charity or not-for-profit should focus on. 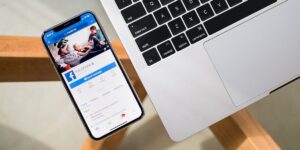 We’re making our digital marketing training programme available online in a series of on-demand courses that charity marketing professionals can take in their own time and at home.

Jaz Cummins, Director at Empower, was interviewed by Better Business magazine for their August / September 2014 issue on the benefits of working virtually. You 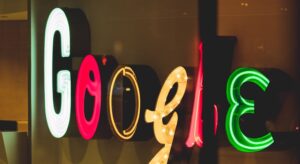 Google Grants Checklist: How to keep compliant with Adwords 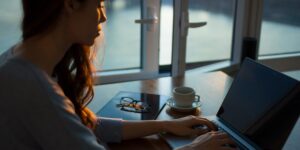 Normally, when a new agency launches, they come up with all kinds of posturing to stand out among the myriad other agencies who do exactly the same thing they do.
Well, we’re not into all that. We’re just going to tell you how it is and tell you straight.